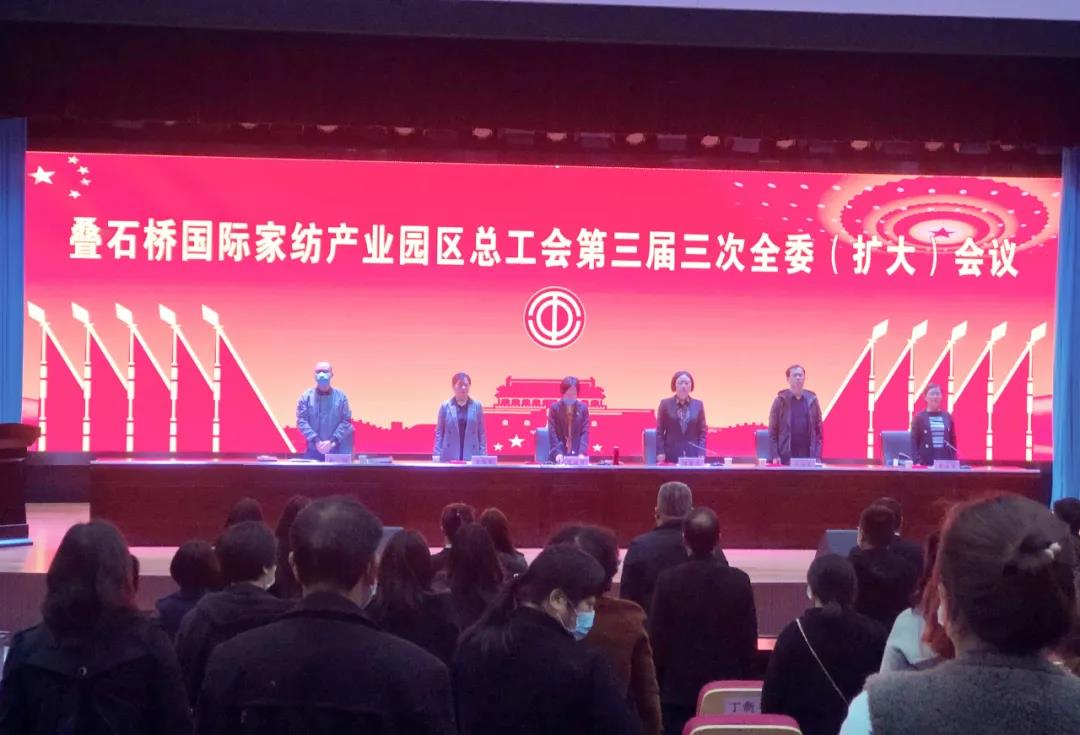 The Third Committee of the Federation of Trade Unions in the Textile Industry Park reports to the General Assembly.

The meeting summarized the work of the union in 2019 and deployed the work in 2020. The meeting pointed out that it is necessary to strengthen ideological and political construction and firmly grasp the correct direction of the work of trade unions. Trade union organizations at all levels must earnestly fulfill their political responsibilities to guide employees to follow the party and follow the party, and maintain the basic duties of serving employees. It emphasized the need to insist on serving employees as the basis, and further enhance the sense of gain, happiness, and security of the majority of employees. At the same time, the meeting added Comrade Zhi Jian as the vice chairman of the Federation of Trade Unions in the park, and commended the excellent union chairman and union activists in 2019.

In 2020, under the strong leadership of the Party Working Committee of the Park and the Municipal General Party Group, the Federation of Trade Unions in the park will emancipate the mind and overcome difficulties. With the goal of "international home textile production and trade center", we will unswervingly explore innovation and fully implement the union Various functions, continuously enhance the cohesion of the trade union organization, unite and guide the broad masses of employees to make new contributions to the park's leap-forward transformation and development.